I was walking through the Minnesota airport yesterday and noticed an advertisement at several points along my journey to the gate.  It said, Practice makes Perfect.  I honestly don’t remember who or what the advertisement was for.  I just kept thinking about practice makes perfect.

I was working with a young lady recently that was struggling to study for a big test.  She had many circumstances that had changed the trajectory of her life and she had dropped out of high school.  Now, she wanted to get her GED.  She was struggling to prepare.  When we started to unpack her thoughts, she said she was upset with herself that she had not paid attention more when she was in school.  She was certain that some of the questions on the test had been covered when she was in school, but she couldn’t remember.  She had not paid close enough attention and she felt dumb.  She felt like there was no way she was going to get it now.  Her thoughts about the past, and what she should have done or could have done, were leaving her feeling defeated and upset.  She would attempt to study but find herself upset and not able to focus.

She felt if she admonished herself enough about her past that it would motivate her to study more, but the opposite was true.  She was beating herself up.  She was in a cycle of practicing to beat herself up and she was becoming perfect at it!  So perfect that she was recycling her past by not paying attention.  Her brain was helping her find evidence that she wasn’t going to get it!

Many of us look to our past to predict our future.  It’s how we’re wired as humans.  In fact, if you Google, there’s a lot of quotes out there that tell us this is what we should do.

“The best predictor of future behavior is past behavior.”  This quote is often attributed to Mark Twain.

Or, how about this one – “A leopard’s spots never change.”  I believe this may even be a quote from the Bible.

If practice makes perfect (which is a misnomer IMHO), how can these two quotes be true?

If you want to create something new, if you want to implement a new idea, you must think a thought you’ve never thought before.  When my client was in high school, she didn’t know what she knows now.  She didn’t know how to study, and no one taught her.  She was using her past to define her, instead of defining herself by her future.  When you define yourself by your past, you’re going to create more of the past!

When we keep showing up for ourselves, even on a micro level, we will improve.  This is when practice makes perfect means.  The more you do something, especially if deliberately, you will inevitably get better at it.  Imagine a toddler learning to walk.  What if he never got up after that first fall?  Watching a toddler learn to walk is amazing.  They get up every time!  They do the hard thing over and over and over – and they learn to walk!

A way to think a thought you’ve never thought is to shift from thinking about the past to thinking about your future.  You can’t go back to the past.  You can’t change what has happened, but you can get into a mindset of becoming and being the person or doing the thing you’re practicing for.   Imagine you are already that person.  So many of us don’t believe in our dreams because we think we must know the exact path to get there.   You can’t know the exact path.  Say goodbye to the past – it doesn’t serve you.  Practice being your future.

To learn more, click below to schedule a free strategy session with me. 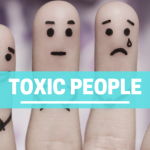 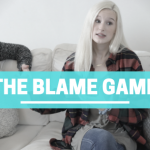