Yesterday, I met with a young man and the conversation went in an unexpected direction.  He came to our session and emphatically told me that he’d decided to change his major in college.  He had decided that he no longer wanted to be a teacher or a psychologist because he thought there was a better way to help more people in the world.  After speaking to various family members and getting their take on their careers as teachers and learning about school counselors, he was unhappy that he may only serve a few and therefore was unhappy with his major.  My interest was piqued.  Many would think that you’d touch hundreds of lives being a teacher or a therapist!  He said he wanted to become a politician.  He had worked through the entire plan.  He’d be successful if he changed his major to political science.  For good measure, and because his grandparents had told him to always have a plan B, he’d have a dual major – political science and history.  Both would be good for becoming a politician.  And if he couldn’t be a politician, he’d become a history teacher.  He’d worked out the entire plan all the way to becoming president.  It was a pretty impressive plan.  The unexpected part of the conversation is when I asked him to tell me what success looks like to him.

He said, “well, I guess success is when you have enough, when you have someone to love, and when you are able to give back.”   On the surface this definition sounds wonderful.

Many people struggle with success and happiness.  They think they’ll be happy when they’re successful.  My client has conflated the two.  Let me break this down.

If success is defined by accomplishing an aim, then my client needs to “have enough, have someone to love, and be able to give back.”  I would argue that he’s successful now – if he thinks he is.

If happiness is defined by feeling content, when will my client be content?  In a span of four days, he changed his major completely and rewrote his trajectory because it wasn’t good enough.

Success does not mean happiness.

Success comes from happiness, but success does not mean happiness.

You get to decide for yourself what success looks like – Grandma’s judgment or opinion doesn’t matter.  The definition of “enough” is defined by you.  Loving someone is also a choice – you can make it mean you must have a partner, be married, be committed, or you can decide to love people you don’t even know.  And being able to give back is a very subjective thing.  It comes in so many forms that you get to decide what that looks like too, and, again other people’s opinions matter none.  If you decide to make these things mean something outside of your control, you will be striving for either for a long time.

Why postpone happiness until you’re successful?

Happiness is a feeling that is available to you all the time.  When you choose happiness, you will be open to success.

If you feel like you need help breaking the cycle of success begetting happiness – I’d love to help. Click below to schedule a free strategy session with me. 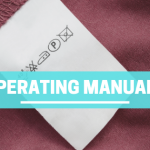 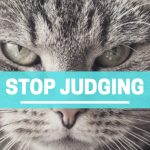