In a previous post, we defined confidence.  For the record, let’s restate it here…

So how do we feel confident, if you don’t feel it right now?

I worked with a client that felt he lacked self-confidence.  He felt his friends were very self-confident.  I asked him to tell me what traits or characteristics his friends had that he thought made them appear confident.  We listed these traits then discussed how someone could develop these traits.  When we walked through each trait, he thought they had and he didn’t, we discussed how he could become those things himself.  From there, we developed a plan for him to take massive action.

Massive action is often uncomfortable.  You may fail.  You may have lots of failures.  But failure is learning.  Like toddlers learning to walk, sometimes it hurts.  Sometimes it’s embarrassing.  It is always movement toward the goal of walking.

To take massive action you must develop a strategy and anticipate the obstacles you’ll encounter.  That way, when things get uncomfortable, when you’re about to cave to the feelings of failure or self-doubt, you’ll already have your back.  You will have decided ahead of time what you will do, how you will act, and what those things mean to you.

More often than not, we try something, fail, and completely give up.  Many single people with a desire to find their soul mate give up after one bad date!  What if it took twenty bad dates to find your soul mate!  Twenty bad dates is massive action!  And the payoff is well worth it.

My client made a list of strategies – ways in which he could put himself into particular situations that he found uncomfortable, but were the areas he wanted to feel more confident in.  We walked through all the obstacles that could arise and how he could deal with each.  At least three times a week, he found himself in a position to implement the plan and he did!  He described how it felt – sometimes embarrassing, but most times it was actually nothing at all.  He had decided it would be terrible and it wasn’t after all!  The important thing is he took massive action towards his goal.  He added more opportunities to his plan and continues to push himself out of his comfort zone.  That’s massive!

If you’re ready for a breakthrough and massive transformation in your life, click below to schedule a free strategy session with me. 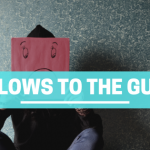 Blows to the Gut 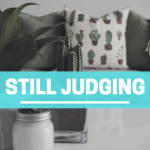